Fungus on a chinchillas nose and face.
Counter to its name, ringworm is not a worm or parasite. It is a one of a group of fungus that affects the skin. The name comes from the shape of the effected area. It most frequently occurs during warm humid weather or conditions, but it can show up at any time. These fungi are the same ones that are responsible for athlete's foot, jock itch and yeast infections in humans. Ringworm is extremely contagious and can be passed to other chinchillas, animals or people.

Causes
Since ringworm is contagious, it can be caused by exposure to other chinchillas, animals, or people that already have the disease. It can also come from fungus present in the hay or feed that the chinchilla is eating. Direct contact with an infected individual is not necessary. Ringworm can be airborne. Other causes are lack of ventilation, poor hygiene, bathing in dust that was used to bathe an infected chinchilla, not drying a wet chinchilla, injuries and stress. The incubation period for ringworm is 3 weeks.

Symptoms
Ringworm presents itself as an itchy area that is either pink or red. The area will often be ring shaped and contain flakes, scales, crusty patches and scabs. The fur in the area will fall out. Ringworm is most often found around the eyes, nose, mouth and genitals but can spread to or be found anywhere on the body. Ringworm is not fatal but it can be extremely annoying and very difficult to cure.

Ringworm on the face and foreleg
Treatment
Once a chinchilla exhibits the symptoms of ringworm, it should be quarantined in a separate room, away from all other animals. If more than one animal is infected, they can all be kept together in the same room. Any time an infected chinchilla is handled, hands should be washed immediately afterward. Any dust that was used to bathe the infected chinchilla should be thrown out. New dust should be used for all the chinchillas and the dust from infected animals should not be used for healthy chinchillas. The cage and all equipment used should be thoroughly cleaned and disinfected with bleach. Allowing the items to dry for several hours in the full sun is an added measure of disinfection. Any wooden items such as shelves and chew toys should be disposed of since they cannot be disinfected properly.

To treat the infection, add 1 heaping teaspoon of athlete's foot powder (Tinactin, Lamisil, or Desenex) to one cup of dust bath and mix well. The same dust can be used for all infected animals; however, do not use this dust for any chinchillas that do not have ringworm. Bathe the infected chinchillas regularly for six to seven weeks to be sure that the fungus is completely gone. A small amount of Lamisil AT cream can also be applied to the site daily for up to twenty days. If the ringworm is severe, covering a large part of the chinchilla, is still present after treatment, or gets worse; the chinchilla should see a veterinarian since it may require the use of oral antifungal medication to cure the infection.

Always wash hands and change clothing after handling infected chinchillas. If this is not done, the infection can be spread to other animals and people in the home.

Prevention
The best prevention for ringworm is to keep chinchilla cages clean and dry. Make sure that the cage has plenty of ventilation and all food and hay are fresh. Never expose chinchillas to other animals or people that may be infected with fungus. Lastly, should a chinchilla become wet, the animal should be thoroughly dried with hand towels and then blown dry with a hair dryer on the lowest settings.

Below are two common treatments for ringworm. 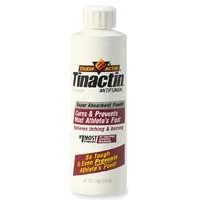 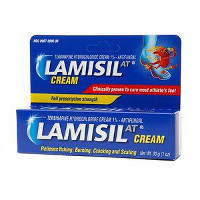