Safe Location of the Cage 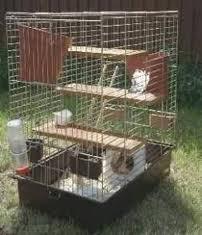 Never place a chinchilla cage
outdoors
A chinchilla cage is not something that can be placed just anywhere in the home. Chinchillas require certain conditions to be comfortable and survive. They need to be in temperatures between 60 and 72 degrees Fahrenheit or they can not overheat and die of heat stroke. Chinchillas should never be placed in rooms that are excessively hot or humid (the bathroom, garage, attic, or laundry room). They need good air circulation but need to be kept out of drafts. Loud noises can stress them out. Ideally, they should be in an area that is cool, dry, and calm. Bedrooms, living rooms, and dens are excellent locations for a chinchilla cage as long as the room is relatively quiet during the day, when chinchillas sleep. Over time, chinchillas can become accustomed to the normal sounds (people, television, stereo, and other animals) of most households. Never place a chinchilla cage outside. Even if the weather is appropriate, the chinchilla can be stressed or harmed by birds and other animals in the area.

Another thing to keep in mind when locating the cage is whether or not the chinchilla can reach items outside of the cage. Things like wires, drapes, plastic, wall board, and furniture can be chewed on if the cage is too close. Each of these items poses its own danger to a curious chinchilla. 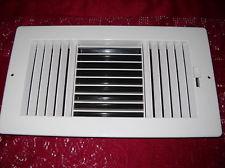 Heating and cooling vents pose a
health risk if allowed to blow
directly on a chinchilla cage.
Other concerns include the location of heating and cooling vents, fireplaces, radiators, and windows. If the cage is placed where a heating vent can blow directly on the chinchilla, the animal can overheat and possibly die from hear stroke. Air conditioning vents have a different effect on chinchillas. When chinchillas are subjected to cold air blowing directly on them, they can become chilled and develop a respiratory infection. Respiratory infections in chinchillas are very difficult to treat and often do not have a good outcome. Also, if the cage is located too close to a fireplace or radiator the chinchilla can rapidly overheat possibly killing it. Windows can be deceptive. While it may be believed that the chinchilla will like looking out the window and that a little sunshine would not hurt, in truth, the sun’s rays beating through a window pane are quite capable of overheating the chinchilla. Always make sure that the cage is placed well away from any of these items.

Finally, chinchillas are messy pets. The bedding and their poop can and does get scattered in the area surrounding the cage. Daily cleanup is a must. Additionally, some chinchillas will sit on the upper levels of their cage and urinate. This gets on the walls, furniture and floor. A plastic mat placed beneath the cage can save your carpet or tile. Space between the cage and walls or furniture will protect them. A good vacuum or a dust buster can be handy items to have. 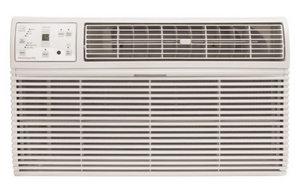 If central air conditioning is not an optioin,
a window or poartable unit can be used to
cool the chinchillas room.
Note: Chinchillas should never be allowed to get hotter than 70—72 degrees Fahrenheit. In most locations throughout the United States, summertime temperatures rise to levels that require air conditioning to keep a chinchilla from suffering due to heat stroke. Heat stroke is serious and can lead to death. It can also occur at temperatures lower than 72 degrees if the humidity is high. If the home, or at least some part of it, does not have air conditioning, chinchillas should not be kept in it.