Contents:
Symptoms
Causes and prevention
Treatment
When is diarrhea an Emergency

Diarrhea in chinchillas can be a serious problem. Since they are such small animals, chinchillas can deteriorate very rapidly from a case of diarrhea. Below are listed the symptoms, causes, treatment, and ways to prevent diarrhea. 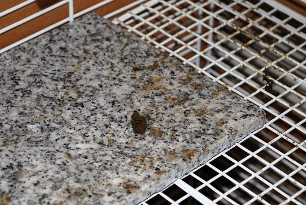 Diarrhea on a Cooling Stone
Diarrhea in a chinchilla is not necessarily runny and smeared all over the cage. It can be soft, moist, squishy droppings. Often the droppings are sticky and can have a coating of mucus. They may or may not smell. When diarrhea is runny or smelly, the chinchilla needs to see a veterinarian as soon as possible.

Causes and Prevention A variety of causes exist for diarrhea. Some of them include bad food or hay, too many or inappropriate treats, too much alfalfa, a rapid change in diet, algae in the water bottle, ingesting a foreign substance, parasites, and bacteria. 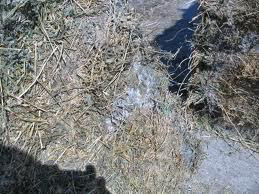 Moldy Hay
digestive system and cause diarrhea. To prevent problems with feed and hay, make sure that they are properly stored and no older than six months beyond the manufacturer’s mill date. Pellets should be kept in a cool dry place, in an air tight container. Hay should be kept dry and stored in a manner that allows for air to circulate through it. Always check both pellets and hay for any foreign matter or mold before feeding it to the chinchilla. If there is any concern with either one, throw it out and obtain fresh feed or hay. Often chinchillas will sit in their bowl, urinating and defecating into the pellets. If this is the case, the bowl should be emptied and cleaned prior to the addition of new pellets.

Another cause for diarrhea is too many or inappropriate treats. Too many treats may cause problems by upsetting the delicate balance of the chinchilla’s digestive system. Inappropriate treats such as dried or fresh fruits and vegetables, diary products, nuts and seeds can also cause diarrhea because they contain items such as sugar and fat that chinchillas cannot digest. Additionally, fruits and vegetables contain sugars that encourage the rapid growth of bad bacteria in the chinchilla’s digestive tract. It is best to only give treats once or twice a week and only one treat at a time. Avoidance of inappropriate treats is always a wise idea. 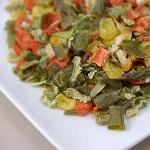 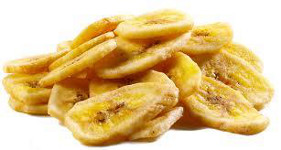 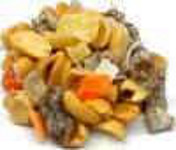 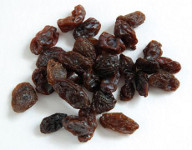 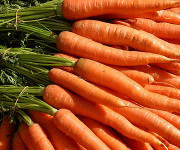 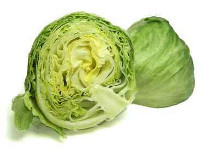 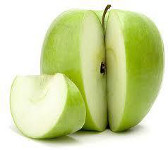 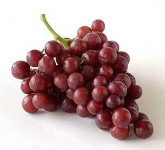 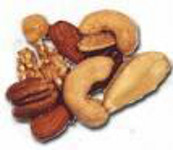 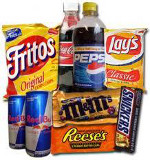 The following are some (but by no means all) items available at pet stores but should NOT be given to chinchillas. 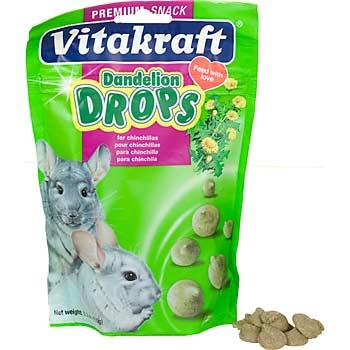 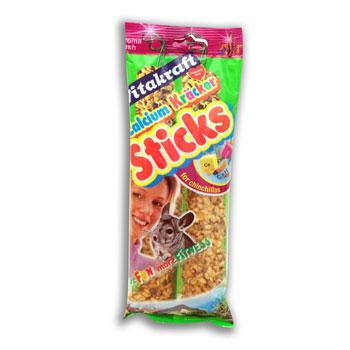 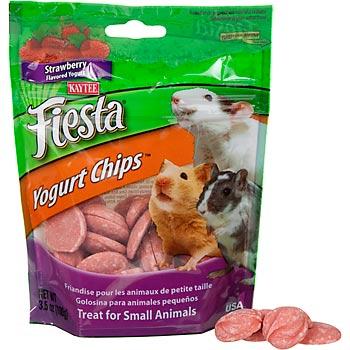 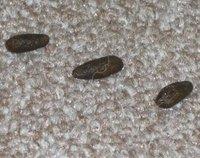 Normal Chinchilla Dropping
although it is a type of hay, can cause digestive problems. The reason is simple. Alfalfa is very rich. If a chinchilla is not used to eating it or has too much, it can cause diarrhea by upsetting the natural balance. Some chinchillas have no problems with alfalfa while others need their owners to monitor their intake. If the chinchilla develops diarrhea after eating alfalfa, either reduce the amount or stop feeding it.

Changing feeds suddenly is yet another cause of diarrhea. It can take a while for a chinchilla’s gut to get used to a new feed. The best way to avoid this it to make a slow transition from the old feed to the new by mixing the two. The recommended schedule for changing pellets is as follows;

In addition to the slow switch, it is wise sprinkle acidophilus on the chinchilla’s pellets. This will help to ease the transition. If a slow switch is impossible, acidophilus can be used to help with a sudden change. 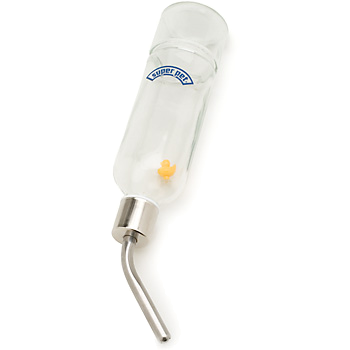 A clean Glass Water Bottle
A fifth cause of diarrhea is algae in the water bottle. Algae can grow in any water bottle or in the cap and tube. Chinchillas’ digestive systems do not do well when algae are consumed. Additionally, if there is algae in the bottle, other organisms which are harmful to chinchillas can also grow in the water. The best way to avoid this problem is to empty and refill the water bottle on a daily basis. The bottle, cap and tube also need to be thoroughly cleaned once a week.

Often, chinchillas will develop diarrhea after ingesting a foreign substance. This substance can be on their food or hay or can be something that the chinchilla found either in their cage or while out playing. Always check feed, hay and bedding for any items that do not belong and remove them. When having playtime, be sure that the area or room is chinchilla proofed by making sure that there is nothing in the chinchilla’s reach that can cause harm.

The final cause for diarrhea in chinchillas is bacterial or parasitic infections. Bacterial infections can come from a dirty cage or food bowl or from a dirty water bottle. Parasites are usually transmitted through the water supply or from exposure to feces from an infected animal. Both bacterial and parasitic infections can come from tap water. Since chinchillas have a delicate digestive system and are so small, amounts of bacteria and parasites in the water that are acceptable for human consumption can cause problems for a chinchilla. To avoid those problems, use filtered water or bottled water that has been filtered. Be sure the filter removes giardia cysts. Water from a reverse osmosis system is also good for chinchilla use.

Treatment
The first step in treating diarrhea in chinchillas is to remove the cause, if it is known. For example. if the chinchilla is being fed too many or the wrong kind of treat, stop giving the treat to the chinchilla. If the hay is moldy, throw it out and purchase new hay. It is also advised to feed only timothy hay (no pellets or treats of any kind) for a period of 24 to 48 hours. This will give the chinchilla’s digestive system a chance to return to a normal balance. One half of a mini shredded wheat square sprinkled with activated carbon can also be given to help firm up the bowel movement. This can be repeated up to three or four times a day. If after 48 hours, the chinchilla continues to have symptoms of diarrhea, it is time to take the animal to the veterinarian for an assessment to determine the cause and find appropriate medication.

When is diarrhea considered an emergency?
There are a few reasons to take the chinchilla to the veterinarian immediately. These include diarrhea that is very or has lasted more than three days, ingesting a foreign object, enteritis, and illnesses such as bacterial or parasitic infections. 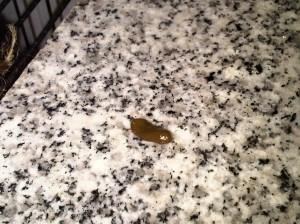 Chinchillas use their mouths to explore their world, much like a human toddler. Anything within their reach will be chewed and possibly ingested. Many household items can be toxic to chinchillas. Some of these include, but are not limited to: house plants, plastic, metal, certain woods, cleaning chemicals, pesticides and baits, and food or drink items such as chocolate and alcohol. If a chinchilla eats any of these items, it needs to be taken to the veterinarian immediately. Always closely supervise a chinchilla when it is out of its cage. This will help prevent the chinchilla from eating anything it should not.

Moist Dropping with
a Slimy Coating
If a chinchilla shows other symptoms in addition to diarrhea do not wait. Take it to the veterinarian immediately. Some symptoms that can occur are loss of appetite, a hunched back due to a painful tummy, the chinchilla cries when picked up, partial paralysis, or lethargy. If any of these symptoms arise in addition to the diarrhea, there is nothing that an owner can do to treat it at home. The chinchilla will need to be treated immediately with appropriate medications. These include anti-protazoal medications, antibiotics and supportive therapy such as intravenous fluids. In some instances, the chinchilla may not survive in spite of getting treatment.

Please note, diarrhea is often contagious. The chinchilla will need to be quarantined away from other chinchillas. To keep the chinchilla from re-infecting itself or others, the cage and all items in it should be thoroughly cleaned and disinfected. If an item cannot be cleaned or sanded, it will need to be thrown away.